Reality and Rational of ICERD 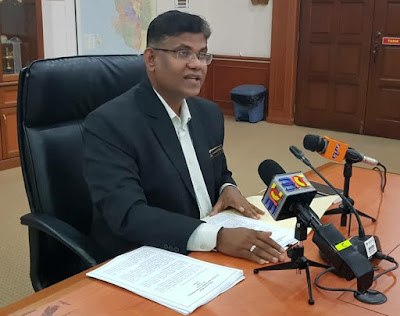 
In the past few weeks, The International Convention on the Elimination of all forms of Racial Discrimination (ICERD) was the centre of all attractions among the politicians from both sides and the commoners in the street due to the sensitivity of its content. There are calls to sack the minister responsible for this matter and there have been calls to organise a demonstration to show the objections against this Convention. Many feel that by signing this Convention, special position of Bumiputera will be withdrawn and at the same time Article 153 of our Constitution will be compromised.

Among the articles of this convention, interesting fact could be found in Article 1 where the article talks about the applicability and definition of racial discrimination which is the central point of this convention. However, the clause 4 says that special measures for particular race/ethnic can be retained for a stipulated time frame determined by the government until the objective of maintaining such special privileges reached. This will allow us to continue with our affirmative policies for Bumiputera which should ease the worries among the Bumiputera.

The convention also does not challenge or threaten Article 153 of our Constitution related to the position of our monarch, special position of Bumiputera, National Language, Islam as an official Religion of the nation as there are countries including United States interpreted the convention as not superseding their Constitution. Means at any time, Constitution is the supreme document for the countries. We could subscribe to this interpretation too.

There are also countries who are not bound to the Article 22 where it allows Parties to take their dispute to International court. These countries have interpreted this Article that ALL Parties involves in the disputes MUST agree to refer the dispute to International Court. Besides that, Article 21 also allows Parties to withdraw from this Convention at any time by giving prior notice to the Secretariat if we feel that this Convention is threatening our racial harmony and limit our policy space.

Based on these facts, Malaysia may ratify this Convention because there are enough safeguards within this convention to uphold our special measures and policies for a particular race, group or person as well as our Constitution. However, we should remain calm and trust the wisdom of our government to take the appropriate decision on this matter.

I also urge the Minister and the Government to conduct extensive public engagement with all the relevant stakeholders such as Political Parties, Academicians, Human Rights NGOs, government agencies, and other interested parties to explain the safeguards as well as listen to their feedbacks before government take an official decision in acceding to this Convention. Again, we should not be rushed to sign this convention just to satisfy the international pressure put forward by international communities.

However, Malaysia Baru under the Pakatan Harapan government should not neglect the rights of other races while implementing affirmative policies for Bumiputera. At any point of time, the rights of every citizen in all sectors should be protected as enshrined in our Constitution. After all, tolerance is the key to build a successful country in the future!!