Who was really punished? Leader or the people? 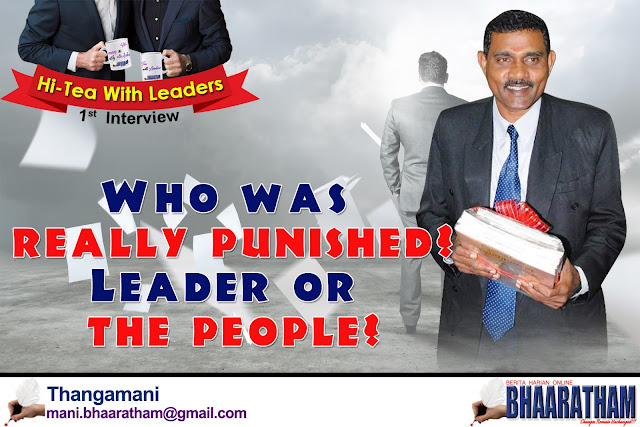 In the year 2007, the dissatisfaction among the people leads to reformation war which created a political tsunami in the country. This affected the victory of Dato Sri S.Samy vellu who stood as the Barisan Nasional’s Sungai Siput candidate in the 2008 general election.

Many proudly claim that Samy vellu was punished. But in reality, the people , especially Indians are the ones who really got cheated said Sungai Siput M.I.C. secretary K.Manimaran.

K.Manimaran  daringly speaks out his political views during the conversation  with Bhaaratham for the ‘Hi-tea with leaders’ segment.

Q. Your entry and growth within M.I.C ?

A:  Being Malaysian Indians sole party, M.I.C was considered as one of the main parties during 1980s, M.I.C was very popular among the estate workers. Since my father, relatives, villagers were all active members of M.I.C. I too joined the party to serve the people. I started my political journey 20years ago as a branch youth division chairman, then move on to branch leader, division leader.

Q:  Why did M.IC failed to defend its seat in Sungai Siput parliament constituency in the past general elections?

A:  There are many reasons for M.I.C’s failure in 2008, 2013 general elections. Nationwide political tsunami, public hatred against the federal government, Individual attack were few of the reasons why M.I.C failed to defend many of its (parliament and state assembly) seats.

A: Being the member of parliament for this Sungai Siput constituency till 2008, Dato Sri S.Samy vellu was the president of M.I.C and a cabinet minister.

With the help of political conspiracy, Samy Vellu was toppled down. Many proudly believe that he is punished. But, in reality people are the ones who were the real ones who got punished without any development programmes. ( Dato Sri Samy Vellu is currently appointed as the Special envoy for the government for infrastructure to India and South Asia region). 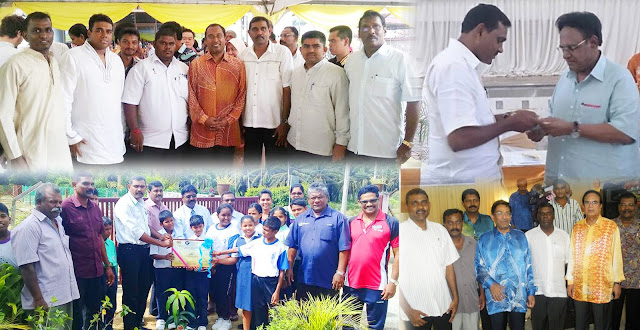 Q: In the coming GE14, being the coalition party in Barisan Nasion, does M.I.C stand a chance to win back this constituency?

A:  In the next election, BN has a bright chance to win. As opposition were unable to perform any development projects, it will wave the way for the people to vote the ruling government. I strongly believe that Indian voters would not repeat their mistake in voting the opposition.

Q:  Request for ‘Local candidate’ is getting stronger and it is also rumoured that your name too appears in the candidate list?

A: Many are preparing themselves to be field in the election. But this a M.I.C seat. Many aspire to contest here without realising that this a M.I.C constituency. Many are being instigated to contest here. Meanwhile, I have submitted my resume to the M.I.C. national president. The party president and Barisan Nasional Chairman will decide the candidate. We will support anyone who will be announced  as the BN candidate.

Q: What are the development projects should be undertaken in Sungai Siput?

A: Only through economic development projects, the status of the people here could be transformed. The establishment of Corporate company plants, Local and International varsities, National level business development plans will upgrade the locals lifestyle.
Instead of giving priorities to individual progress projects, the above mentioned developments should be given the preference. It would enhance the lifestyle of all the people living here. This will also determine the future of the next generation.

By myBhaaratham - August 11, 2017
Email ThisBlogThis!Share to TwitterShare to FacebookShare to Pinterest