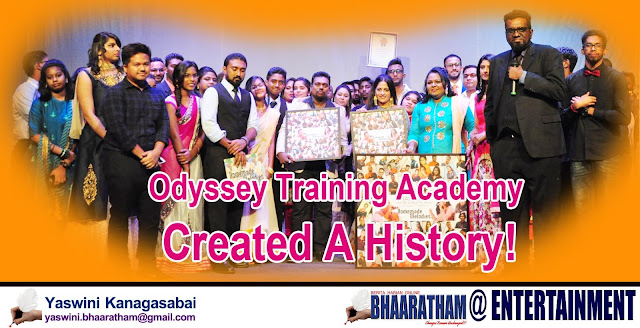 Odyssey Training Academy students' hard work and efforts has been paid off as they successfully crafted their name in "MALAYSIAN BOOK OF RECORDS" title for the most number of music composers, singers and lyricists worked in one album recently. The certificate was handed over by the representative of MALAYSIAN BOOK OF RECORDS, Ayman Izzaz. The music training academy which was established on 2012 kick started the training class with 22 students in the first batch and gradually  increased to more than 66 students in its 9th batch. Odyssey Academy mainly focus on two systems of music which are known as carnatic music and light music.

Recently, the chosen students of Odyssey Academy tried a new attempt to bring forward the Malaysian music industry to the next level by launching an album entitled "Homemade Melodies" comprises of 19 songs which has been composed, written and sung by the students itself. This lively event was held at Petaling Jaya Life of Arts Center on 27th of May at 3pm   witnessed by more than 500 audience. 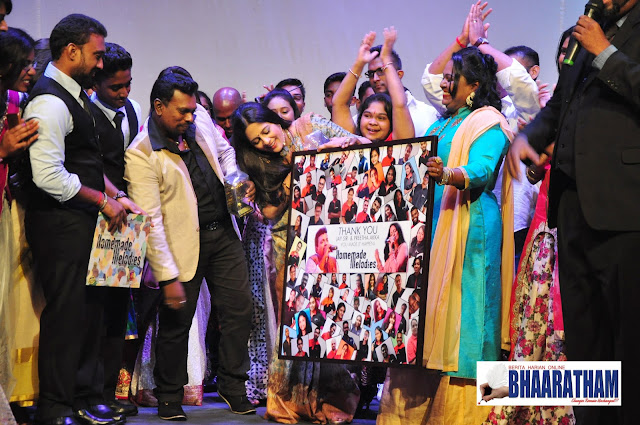 Besides, some of our country's important personalities joined together in this audio launch to celebrate the success of 66 students' effort. Among the main guests of this event are Malaysia's famous playback singer Datin Sri Shaila Nair, Dato Deepakaran, who is known as guardian of the Malaysian artists, Kapar's Parliament member Manivannan Govin, Dato Venugopal, Dato Sri Dr.Thinakaran Nair, Datin Sri Parameswari, Datin Jayanthi, and Uma Ramasany. Their presence in this event made the evening more memorable and meaningful for the students.

In his speech, Music composer Jay who is also known as one of the founder of Odyssey academy stated that besides teaching their students about the vocal techniques and skills of singing, they also create an opportunity for the students to learn on the strategies to handle the music instruments and practiced them well to come out with their own song lyrics. 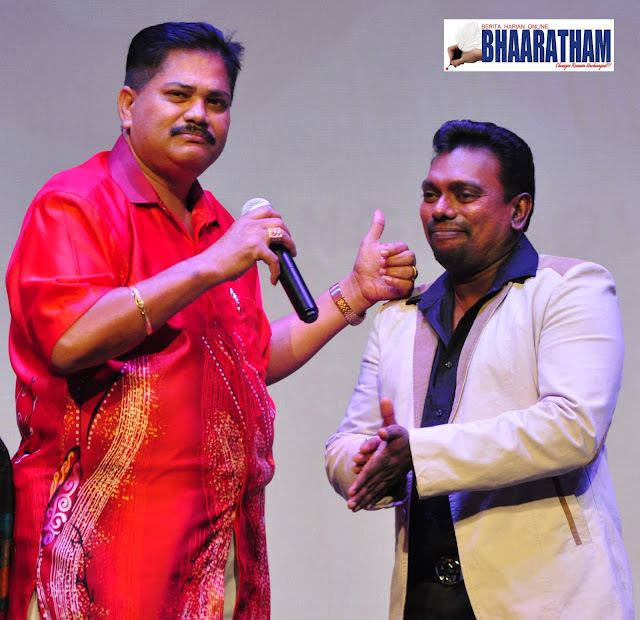 He also strongly believes that their training academy never fail to guide their students on self learning which encourages their students to put their full effort on singing as well as give importance to the criteria to be followed in order to become a prominent singer.

Thus, Odyssey Academy organised this wonderful event in order to showcase their students talent and give a recognition to their talents. It has been a great platform for the students which helped them to telecast their talents to the community as well as proofing themselves as a successful singer says Preetha Prasad, one of the tutor of Odyssey academy, who has been a part in this success.

Thus, Odyssey Academy organised this wonderful event in order to showcase their students' talent and give a recognition to their talents. Not only that, it is undeniable that the opportunity given to the students had been a great platform for the students to telecast their talents to the community as well as proving themselves as a successful singer. The entire management of Odyssey Academy felt very happy and proud as they fulfilled their vision. 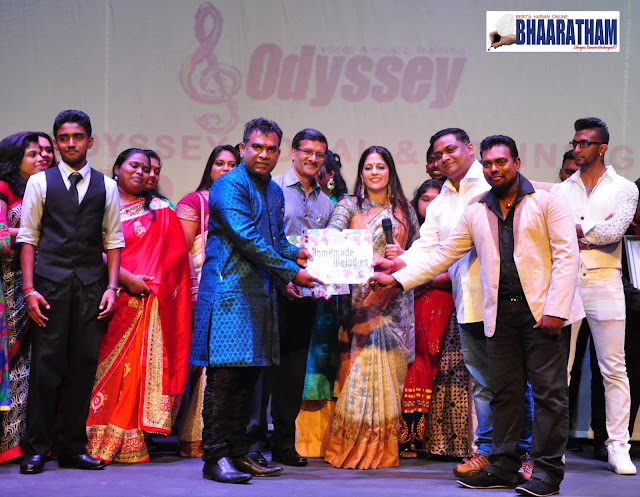 It is must for all the students who undergoes training with Odyssey Academy to compose their own song with their own lyrics and sing the song in order to verify their knowledge towards the music industry as well as prepare themselves to face the real music industry.

Their dream came true when they successfully united their 66 students from 9 batches to produce an album and it is considered as beyond the level. Declaring this training academy as the First Contemporary Training School in Malaysia to gather all of its students in one album was known as the prestigious moment for each and everyone who worked hard for it.

Moreover, besides the launching of the album, they also successfully launched their Record Label called "Orange Box Studios". According to the Chief Executive Officer of Odyssey Academy Unni Krishnan, he stated that the main purpose of this record label is to manage the 19  songs and trademarks, coordinates the production, manufacture, distribution, marketing, promotion, and enforcement of copyright for sound recordings and music videos while conducts talent scouting and development of these upcoming new artists. The " Homemade Melodies " song album and the "Orange Box Studios" record label were launched by the special guests.

The duration of each song in this album is for one to two minutes respectively. The songs from this amazing song album will be released in the YouTube and  online store soon. Furthermore, the CD of this album will be on sale nationwide for public purchase. The entire team also felt thankful to our local radios for their continuous support given to this album. The lively event was hosted by the THR Raaga's fame Kavimaran. He entertained the audience well with his host besides interviewing the 66 students regarding their experience working together as a team in an album. The entire team received a tremendous support from the audience. It was a great moment for each and everyone of them as they felt proud of their capability as a singer.

By myBhaaratham - June 09, 2017
Email ThisBlogThis!Share to TwitterShare to FacebookShare to Pinterest